Journal of Technology Research in Information System and Engineering (JTRISTE)

JTRISTE is a reliable, peer-reviewed, and open-access journal in the fields of information systems, computer science, software engineering, information technology, and computer engineering.

JTRISTE is a Journal published online twice a year in March and October. It provides immediate open access to its content on the principle that making research freely available to the public supports a greater global exchange of knowledge. 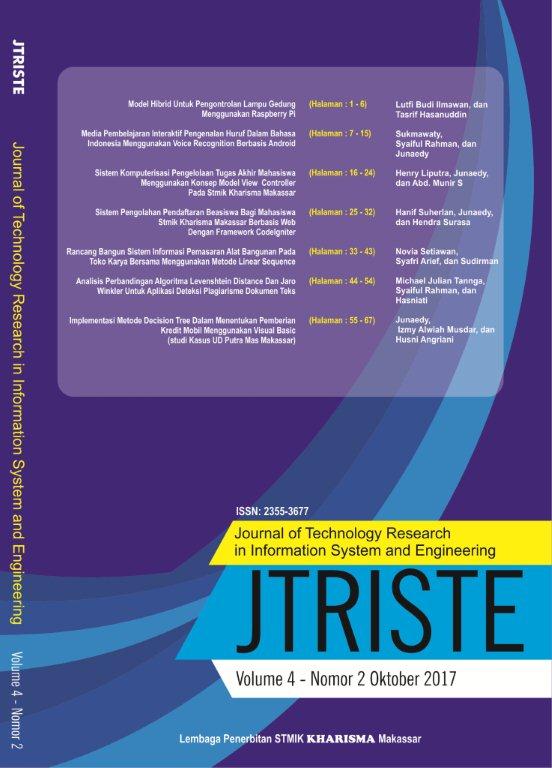 The building light control system that used is a control system that is integrated between control via the web technology and manual switches, the function of the manual switch here is similar to the pushbutton, it cannot be used for knowing switch status, whether its on or off. But we could know it by looking at the light if its turn on or turn off. When it is controlled via internet, status of the lights could be known by a light sensor that is connected around the lights, and its tells the light status also on the developed android application.

The system that is used to develop this model, uses Raspberry Pi that connects directly to a manual switch.

The results of this study it has the ability to synchronized remote control in the building area. If we are far from the location, this system will send in real time status of the lights whether its on or off, and the system will also notify the state on the developed android application.