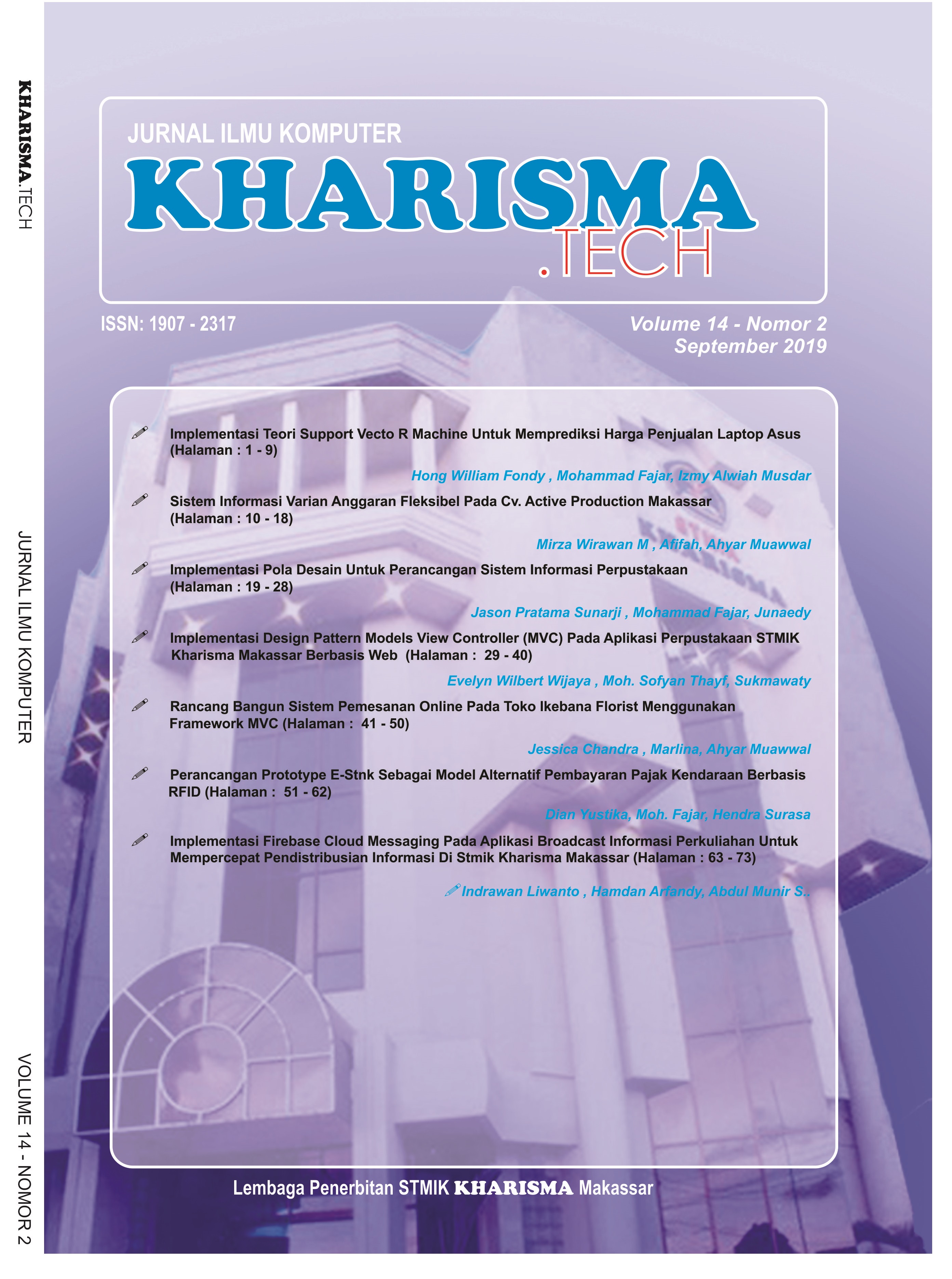 The purpose of this study is to design an e-STNK prototype for payment of vehicle tax using RFID technology. Data collection was carried out through evaluation of prototypes developed by researchers and involving 20 respondents. After the evaluation is conducted, respondents are asked to answer the questions raised on the questionnaire and the results are used as a basis for drawing conclusions. In this study the authors made the e-STNK system to facilitate tax payments using RFID. The system consists of two major parts. The first part consists of the web server and MySQL database. The second part consists of the STNK card (e-STNK) in the form of RFID and the reader (RFID Reader). Server side is used by admin in processing e-STNK data. For its development, the authors use HTML, PHP programming language, and Javascript. While the RFID / STNK cards are used by users, which are developed using RFID devices, RFID readers, and Arduino microcontrollers. Development on the RFID system side uses the C / Arduino programming language. The results of the first evaluation, based on ISO 9126 testing, the prototype e-STNK runs as expected that the system is able to make tax payment transactions, store data transaction history of payment of taxes, a history of violations, and a history behind the name of the vehicle registration. While the second evaluation involving 20 respondents showed that all questions were given good responses except questions number 1.7 and 8 which were included in the good enough category.

Most read articles by the same author(s)